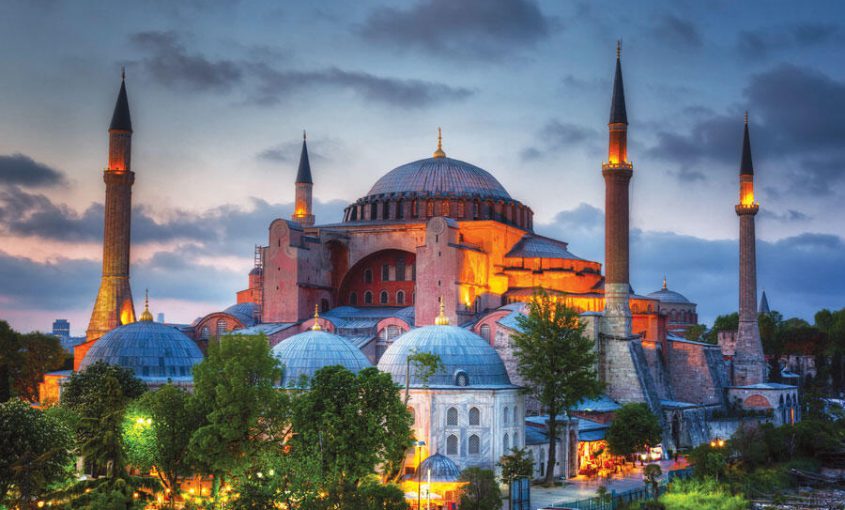 A masterpiece of Roman engineering, the basilica was built in the sixth century for the Eastern Roman emperor Justinian I. It overlooks the historical peninsula with its huge dome, of 30m in diameter and was the largest enclosed space in the world for over 1000 years. It started to serve as a mosque after the Ottoman army conquered the city under the command of Mehmed II, also known as Mehmed the Conqueror. Since 1935, it has served as a museum which is living proof that Istanbul has hosted many civilizations throughout the course of history. It’s impossible to leave this place without admiring the perfect combination of artistry and architecture of the Ottoman and East Roman Empires. 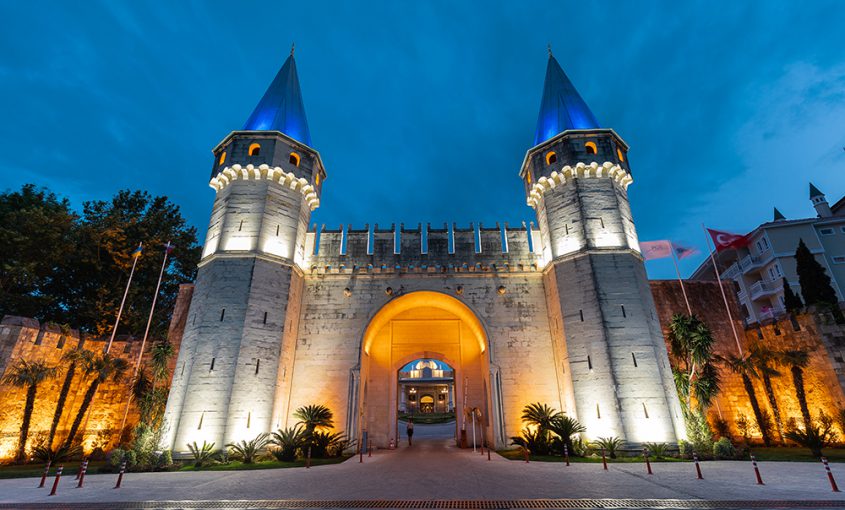 This magnificent palace hosted the Ottoman family for over four centuries and is the perfect opportunity for visitors to observe the elegant decorative style of the Ottomans. Its four courts offer individual and beautiful experiences. Alay Square, Divan Square, and Enderun Square are full of spectacular gardens, weaponry exhibits, and the finest handcrafted examples of Ottoman and Byzantian porcelains and rugs. The fourth courtyard, on the other hand, will welcome you with some of the best scenery in Istanbul. 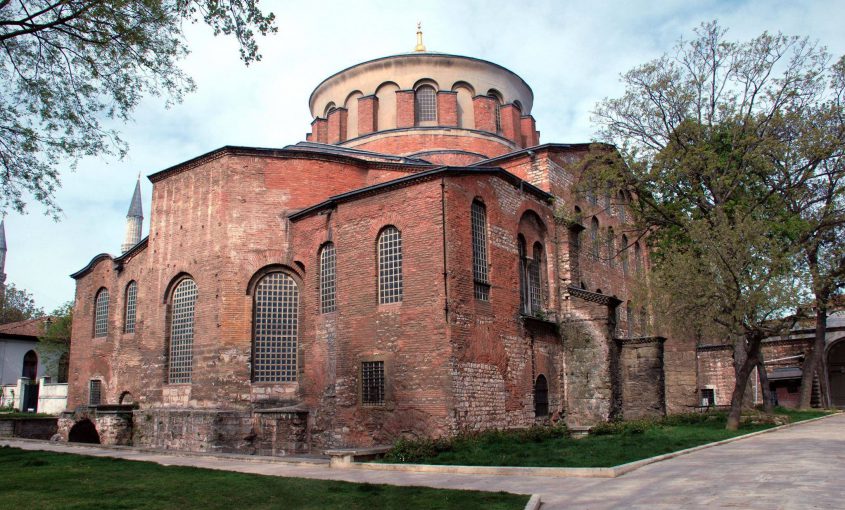 When you’re visiting Topkapı Palace, Hagia Irene is one of the places you should definitely check out. The church, located in the outer courtyard, is a special place because it didn’t become a mosque after the Ottomans conquered the city. Instead, it was used as an arsenal for the Ottoman military. Nowadays, it can be visited every day except Thursday. 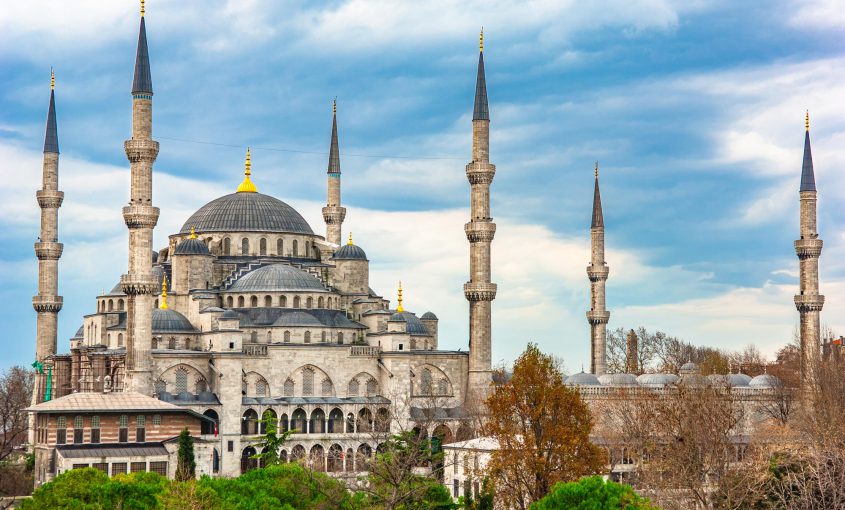 Sultanahmet Mosque is one of the most important and special examples of Ottoman architecture with its unique six minarets, hand-painted interior tiles and light blue domes, which are also the reason why the mosque is called ‘The Blue Mosque’. This excellent work by Sinan the Architect welcomes its guests with an impeccable atmosphere, and they experience the true elegance of the Ottoman Empire in its wide courtyard. Sultanahmet Mosque is available for visits every day except during prayer hours. 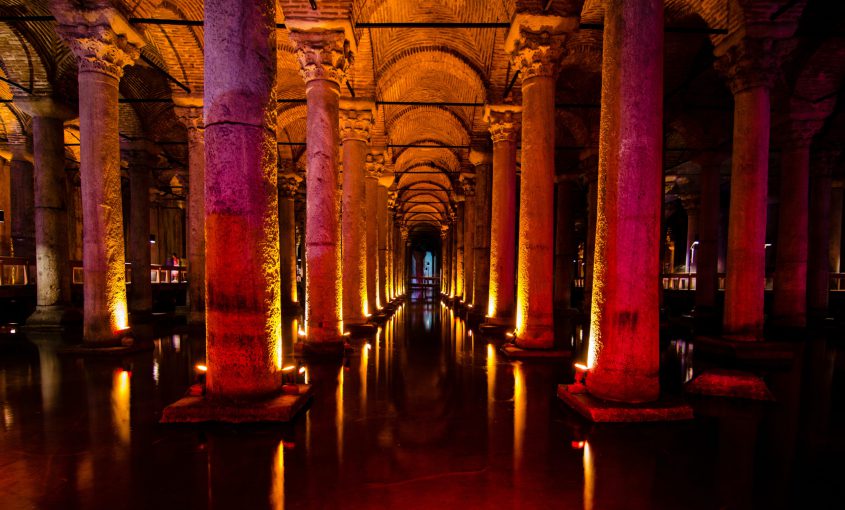 The biggest and the most famous cistern of the hundreds built in the Byzantian era to provide Istanbul with water in times of scarcity, the Basilica Cistern was built in the year 532 by Emperor Justinian. It’s not the most famous cistern for no reason: its atmosphere will take you away from the chaos of Istanbul and back in time so you can enjoy the perfect opportunity to observe the finesse of the beautiful columns and Medussa statues built with the Ancient Greek and Byzantine architecture. 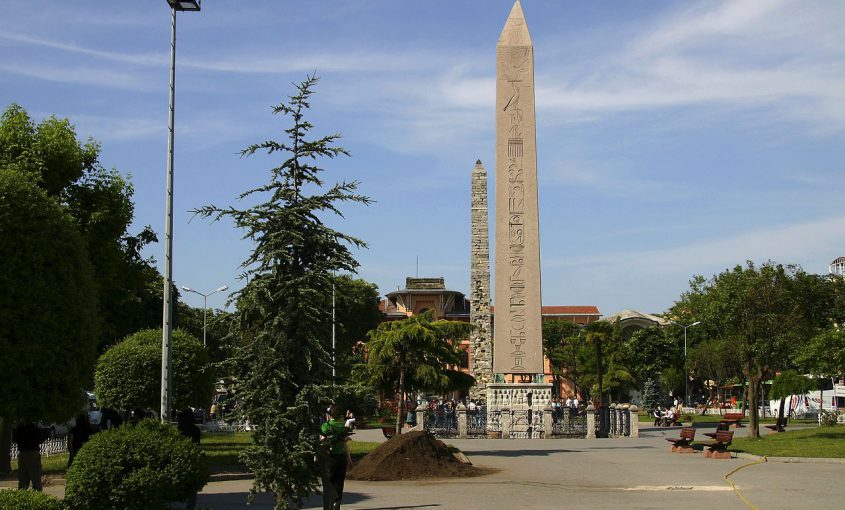 Hippodrome Square, now known as Sultanahmet Square, should be the starting point of your journey to the past through the streets of Istanbul because it was once the cultural center of Constantinople which was the capital city of the Byzantine Empire. The people of Byzantine would go there to meet with their emperor and gather in the Hippodrome for sports events and celebrations. Although the Hippodrome building didn’t survive Ottoman occupation, the statues there, such as Serpent Column, Obelisk of Thutmose III, Walled Obelisk, and Statues of Porphyrios, are very well preserved and can be visited in nearby Sultanahmet Square. 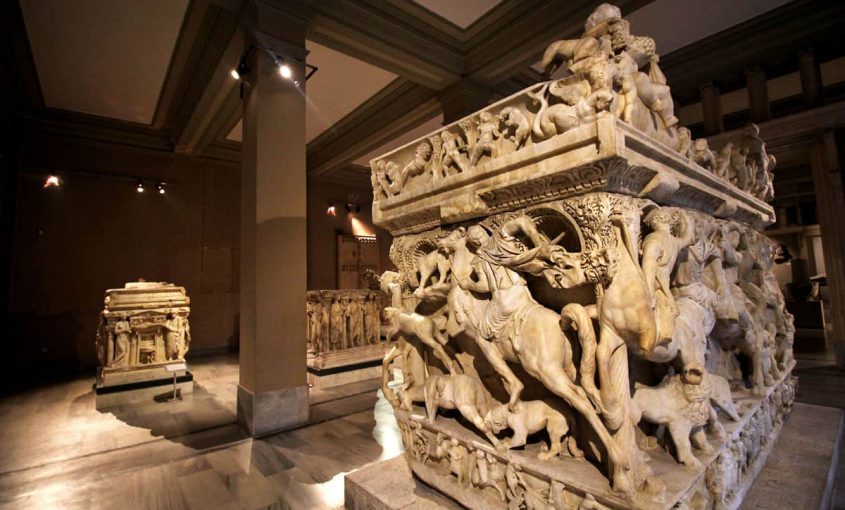 This group of three museums is formed by The Archeological Museum, The Tiled Kiosk and The Museum of the Ancient Orient. These three museums welcome their guests with more than one million objects from different eras. The first, The Archeological Museum, has exhibits of the findings from the Hagia Irene Church. In the second one, The Tiled Kiosk you can visit one of the oldest examples of Ottoman architecture while admiring Turkish tile and ceramics exhibits. The last one, The Museum of Ancient Orient, exhibits thousands of objects found in pre-Islamic Egypt, the Arabian Peninsula and pre-Greek Mesopotamia and Anatolia. 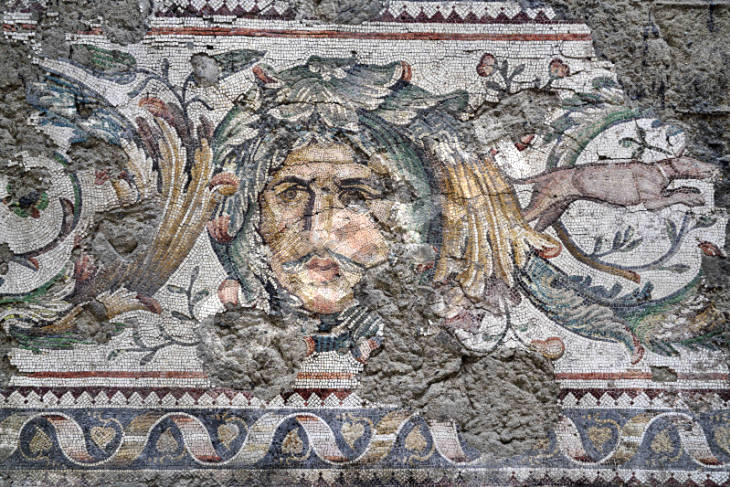 This museum was actually a peristyle court in use in the 7th and 6th centuries. It offers its visitors the opportunity to witness the Byzantian cultural influence on Istanbul through the mosaics which decorate the pavement of the building. This is a special chance that you definitely shouldn’t miss if you want to experience its rich, historical atmosphere during your stay in Istanbul. The museum can be found near the Sultanahmet Mosque, which is very close to our hotel. 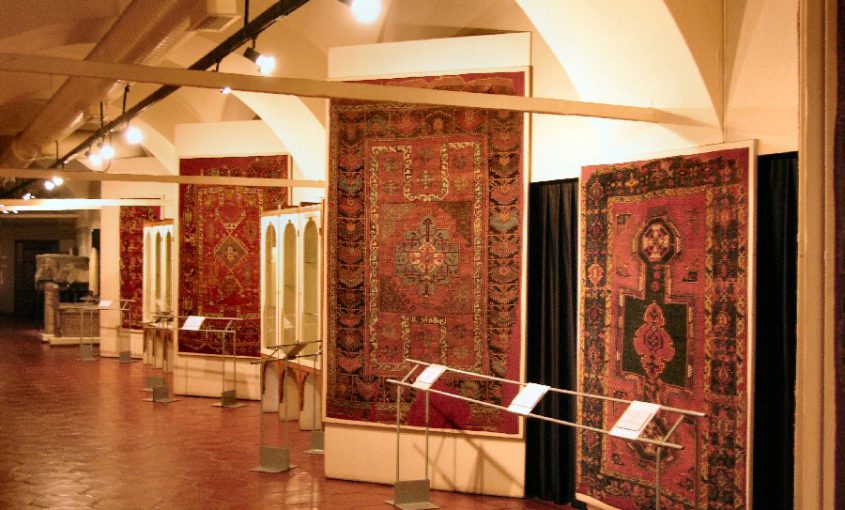 Museum of Turkish and Islamic Art

This museum located in Sultanahmet Square has the biggest Islamic art collection in the world. It’s a perfect opportunity for Ottoman and Islamic art enthusiasts to witness the finest works of magnificent artists. You will have the chance to travel through time with beautiful artefacts from different Islamic societies, like the Umayyads, Ayyubids, Artuqids, Mamluks, Seljuks, and Ottomans in the museum, which was actually the first Turkish-Islamic arts museum. 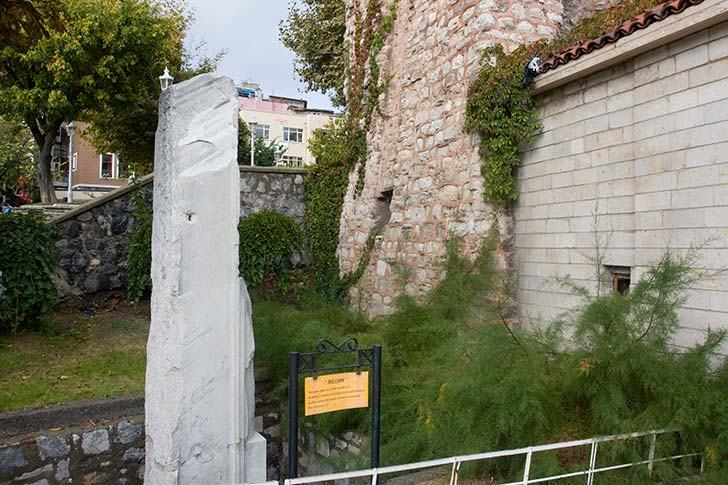 In the Byzantine Empire, this building was erected to be used as a zero point to measure the length of the roads leading to other cities of the world. Now, you can visit one of the building’s fragments near the entrance of Basilica Cistern and watch the historical city of Istanbul flow around you at a point which was once regarded as the center of the world. 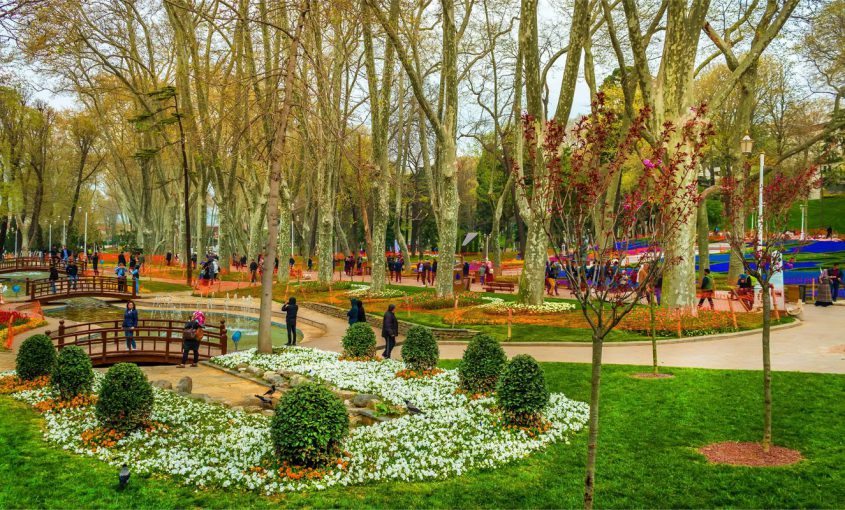 You can enjoy a refreshing pause from a day full of wandering around the unique streets of Istanbul’s at the cafes, with colorful flowers that will make your day, beautiful bird voices that will take you on an otherworldly journey, and mighty age-old trees that will remind you of the rich historical background of this city. Gülhane Park is the perfect place to get away from the hustle and bustle of the city and spend some time relaxing before continuing your tour. 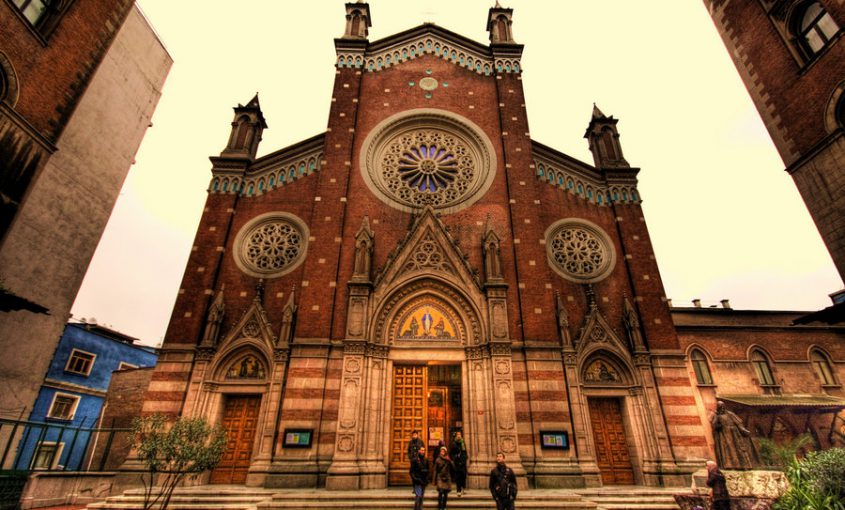 This church built in the early 1900s oversees Istiklal Street, the most famous street in Istanbul. It adds to the historical atmosphere of the city with its Italian neo-Gothic architecture style. Don’t forget to visit this work of art and photograph it while you’re visiting. 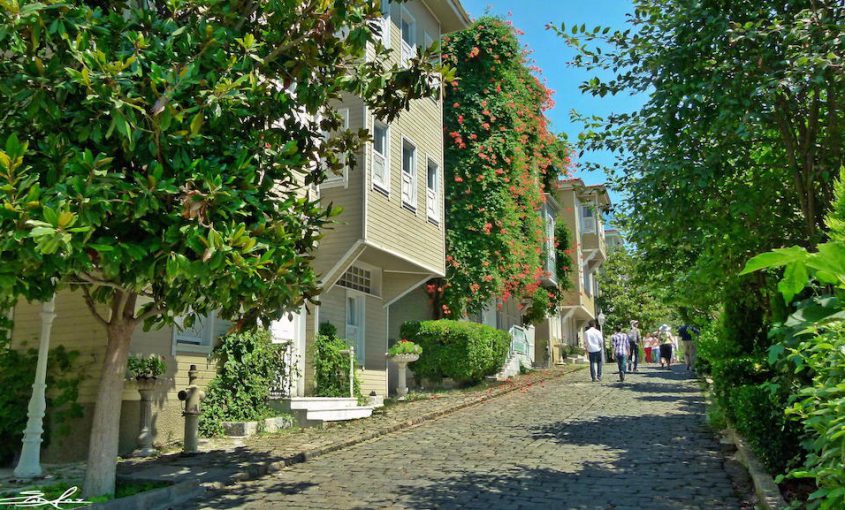 This street, where you will feel as if you are in a movie or TV show about the Ottomans, is one of the places you should definitely see during your trip to Istanbul. Soğukçeşme Street awaits at the back street of thr Hagia Sophia Museum, with its friendly residents, spectacular nostalgic houses, little cobblestone pavement, and an unbelievable atmosphere that will make you question where you’re sleeping. 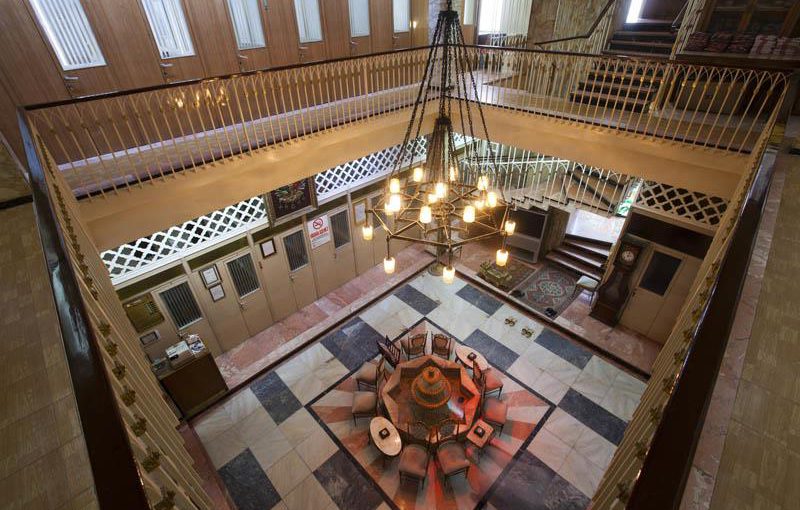 Istanbul is a beautiful city with lots of surprises and fine details waiting for you to find. To complete your journey through the beautiful streets of Istanbul, we suggest you check out the Historical Galatasaray Bath for an unforgettable experience where you can feel like a sultan by taking a bath the way they did. 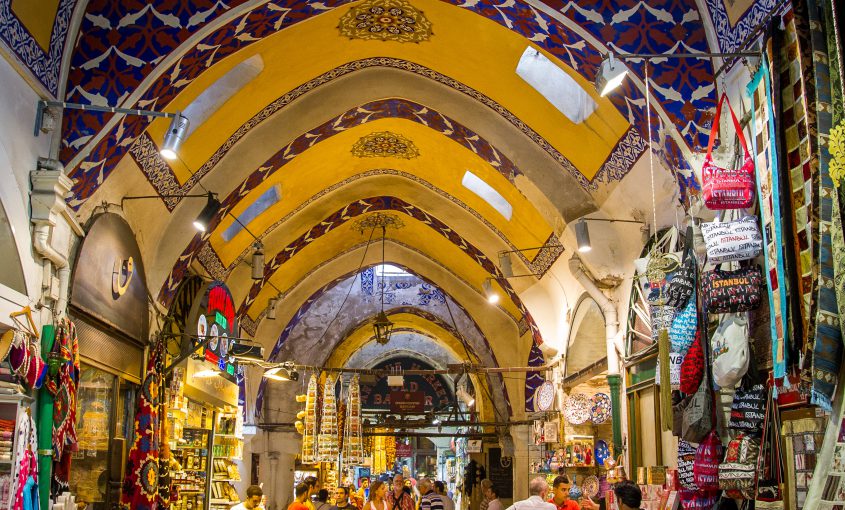 Your trip to Istanbul is incomplete without a visit to the Grand Bazaar which is one of the biggest and oldest closed markets in the world. It gives you the opportunity to stroll through 61 streets of nearly 4000 shops, each filled with local products, characteristic dry fruit and spice smells, and enthusiastic shopkeepers. Your visit to the Grand Bazaar will definitely be one of the most unforgettable parts of your stay in Istanbul. It makes you feel like you’re walking on the set of a movie which takes place in imperial Istanbul, with its unique atmosphere and exhausting yet addictive haste. 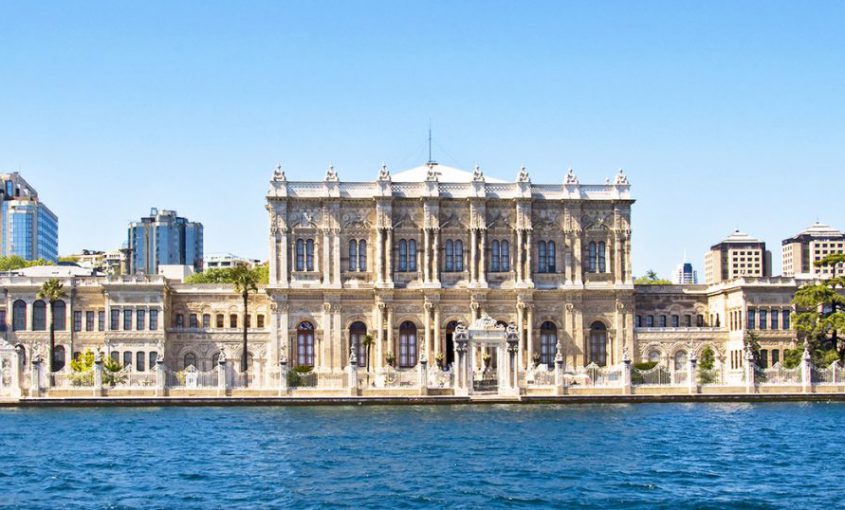 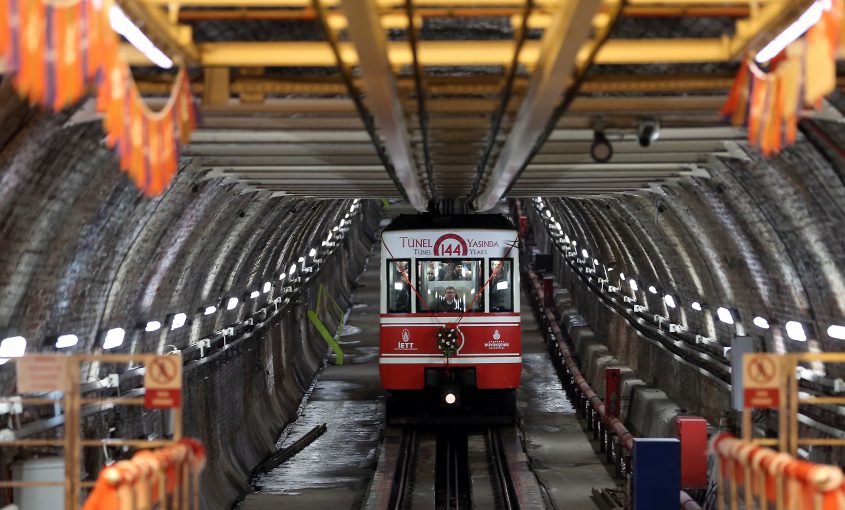 The second oldest subway line in Europe, Tünel gives its visitors an amazing opportunity to experience history themselves by using the line in Karakoy. It takes them to an unparalleled neighborhood of spectacular streets to photograph, pleasant terrace bars and restaurants to spend your evening in, and a peaceful atmosphere to enjoy.